A Short and Sweet Intro 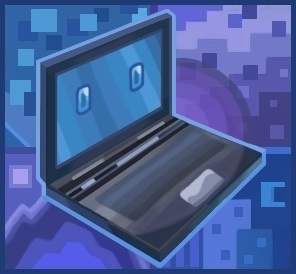 Once upon a time, I had a lot of games on Steam and nothing better to do…which is why I started a blog about PC gaming, with the goal to review my favorite video game titles and be able to contribute an original blog to all my friends, family, and viewers like you.

I’m grateful to have friends who were willing to donate their games to me, giving away their copies of Kingdom Hearts and Fire Emblem sequels since they already finished them. What happened was that I ended up with hundreds of games in my account by 2015, so I never had to buy new titles until years later.

I’ve always been more of a PC gamer just because I didn’t get the chance to own many video games or console systems when other kids were showing off their Nintendo DS games. I usually stuck to Flash or Indie games as a hobby whenever I had free time. But I decided to get into Steam because it had huge collections.

But it doesn’t matter anymore. I got out of college and I haven’t had a test in almost a year! I drew a lot of inspiration from professional video game blogs and wanted to attempt making one…and so far, PC Games for Steam is working out well.

Here’s a special shout out to Paul, who is always on the lookout for new releases and has agreed to share his library of 500 and counting video game titles. Now, I can begin my blogging journey to stardom haha. Well not really, I’m not trying to become the next YouTube celebrity.

To be honest, I’ve been procrastinating a lot lately. There are many interesting new topics I could cover. And yet, I’m still in the process of deciding how to write my impressions of each game. Possibly in a few months, I’ll be able to get another writer on board to lighten the load of running multiple blogs.

In the meantime, I suggest you browse through the basics of how to use Steam if you haven’t already done so. It is an excellent platform to shop for games of all genres, not to mention the huge discounts on bundles, downloadable content, and game modeling software.

Oh and in case you haven’t noticed, I wrote this brief homepage to ensure that people who read my posts aren’t forced to scroll down to find the post they were looking for. I’m still in the process of messing around with the appearance of my site as coding into WordPress is pretty complicated.

Regarding my latest posts, I’ve separated them into different categories ranging from Shopping on Steam to Game Systems for your convenience. Though if you’d rather read what I recently put up, simply press the “directional pad” below. See what I did there?

Although there isn’t much at the moment, I did finish designing the background and navigation buttons based on PlayStation consoles. Besides, I’ve been thinking of promoting video game merchandise designed and crafted by gamers for gamers. I’m still contemplating if the Humble Bundle deals are any good.

Now I’m not promising anything, though I do appreciate anyone who gives constructive feedback on my writing or is willing to share their own opinions on topics related to the modern state of gaming. Lately, I’ve made significant changes to the layout of my site. You’ll notice the images are loading faster now.

In case you are wondering where to start, you could either read my library reviews or subscribe to YouTube Let’s Players who bring a new perspective to video games. Welcome to PC Games for Steam. Click the button below to read my latest blog posts.