Today, I’m going to present some Early Access games published this December. You’ll notice that these title releases haven’t been on the market for very long, which is why there are hardly any reviews on them. They are still in the development and testing phase. Further changes will be made before the full version comes out. 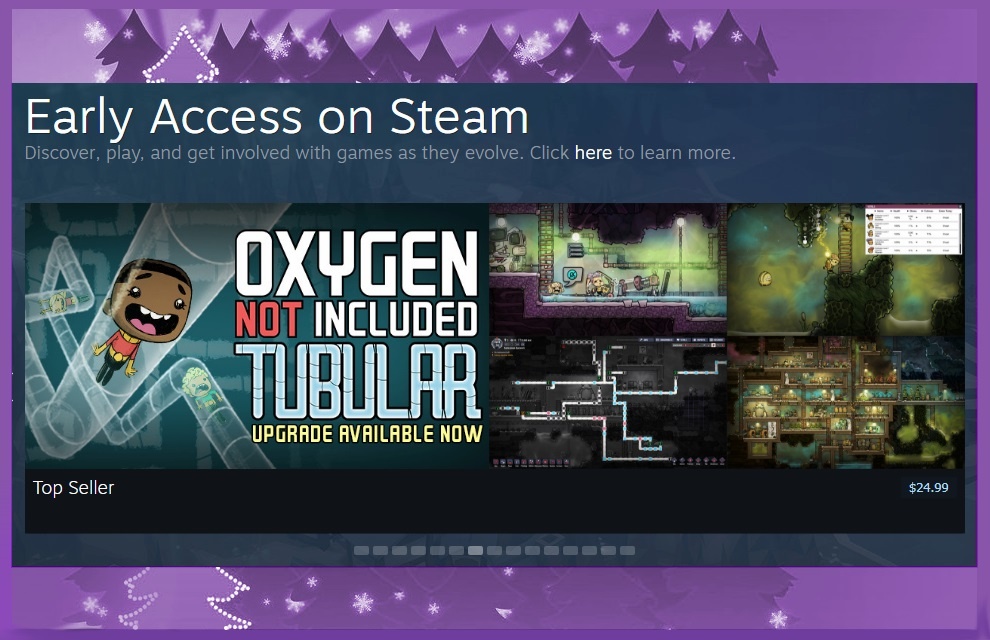 This is a great opportunity to snag a bunch of Early Access discounts through their limited edition special promotional offers. If you are eager to get involved in the current state of their game, then you should give constructive suggestions on the Dev’s community page and report any glitches or bugs you find.

Neon Seoul: Outrun is a VR simulated racing game set in a futuristic world controlled by AI. You are part of the OutRunners, a rebel group known for driving their off-grid, automatic hoverbikes on high-speed racetracks in pursuit of dangerous thrills. This cyberpunk-themed arcade game lets you experience the adrenaline-pumping action of driving past the neon lights of Seoul.

Ragtag Adventurers is a boss rush, pushing hordes of strong monsters against the heroes who must defend their corner of the screen. Take your pick from the standard roleplay classes of a tank, a paladin, a mage or a demon fighter. Right now, there are only two playable game modes. The Devs are working to balance the special abilities of different classes.

Battle Splash is a competitive, multiplayer, third-person shooter about taking down your opponents using water blasters or by throwing water balloons at them. It is a fun, action-packed anime game appropriate for all ages. Choose between four girls that look similar to the girls from RWBY. The final version will have more 3D maps and full modding support.

An Epic Tale of Redwall: The Scout

A fantasy adventure game that leaves you to explore the open wilderness between Lilygrove and Redwall Abbey. It captures the spirit of the Redwall novel series, from the perspective of two mice named Sophia and Liam. You’ll have to guide them across many tricky puzzles and gather resources to complete quests. Expect to see more dialogue-rich mini-games and rat enemies to fight.

Cars with Guns: It’s About Time

Cars with Guns sends you back in time to battle your friends with semi-auto machine guns that have no business being on cars but it’s not like AAA licensed it or anything. If you’re a fan of Grand Theft Auto V, then you’ll have a good time blowing up ancient buildings, running over innocent animals, drifting in mid-air, or destroying other player’s cars, all on Classic Mode.

Double Tap is a sharpshooting arcade game in which you are a trained assassin doing target practice on various missions. Relying on your speed, accuracy, and precision, aim at moving targets with your pistol. Also, this is a VR based work in progress. The developers promise to add in multiplayer modes and leaderboards but the early access version does take place in a matrix styled danger room.

A 2D Action RPG taking place in the world of Manheim, Dragon of Legends foretells hordes of Loki’s minions invading Odin. Pick a class (i.e. Warrior, Wizard, or Ranger), then join the epic battle of Ragnarok as prophesized by Viking legends. It features equipable armor, weapons, and powerful abilities. Journey to the gates of Asgard and down the depths of Hell by completing story mode.

Have you ever wanted to manage your very own space station? Now you can in the game, Stationeers. It has some interesting mechanics like agricultural systems, electrical plans, atmosphere regulators, medical facilities, and motherships to pilot. There are other worlds to explore and asteroids to mine. If you are interested in engineering then you’ll enjoy building factories in space.

Hexters is some kind of city-building strategy action game utilizing light-up visuals similar to Tron. Your objective is to analyze digital life-forms called Hexters, that live inside your computer: Assist these little guys in building parameters around the area. You can bridge obstacles to connect these strange programs into a single, functional entity. What will you uncover about the cyberspace?

Marble Skies represents your average 3D platformer. It currently has a total of 60 levels, separated by difficulty (Beginner to Expert). Navigate your marble to the end and collect powerups like bumpers to launch into the sky. Be prepared for the upcoming obstacles that could knock you off the screen. Play through gravity-defying courses which include rotating and wavy platforms.

What new games are you planning to get from 2017’s Early Access lineup? Let me know in the comments below.